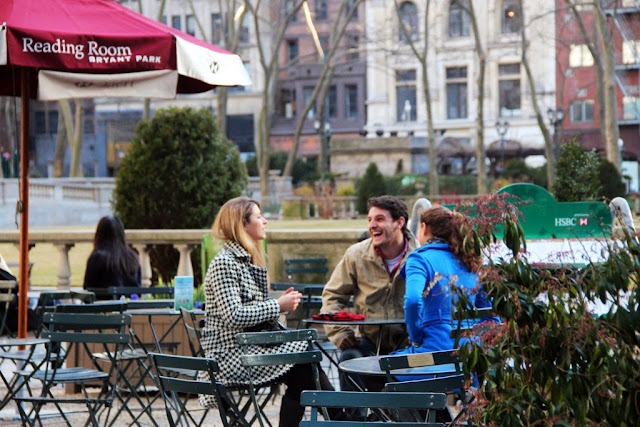 New York, particularly Manhattan, is often associated with skyscrapers more than open spaces, but the city has in fact hundreds of parks, seventy in Manhattan alone. There's Central Park at the middle of it all, the biggest and the most popular, but there are many others - tucked between major avenues, side streets, or even between apartment blocks - located around the island waiting to be discovered by visitors. One of the parks that I stumbled upon while walking around midtown Manhattan is Bryant Park. 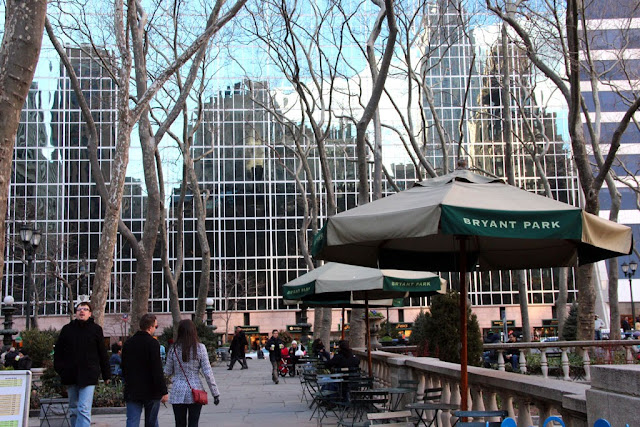 A privately managed park located between Fifth and Sixth Avenue and 40th and 42nd streets, Bryant park is one of the popular places for New Yorkers to sit back, meet friends, read a book and have coffee. 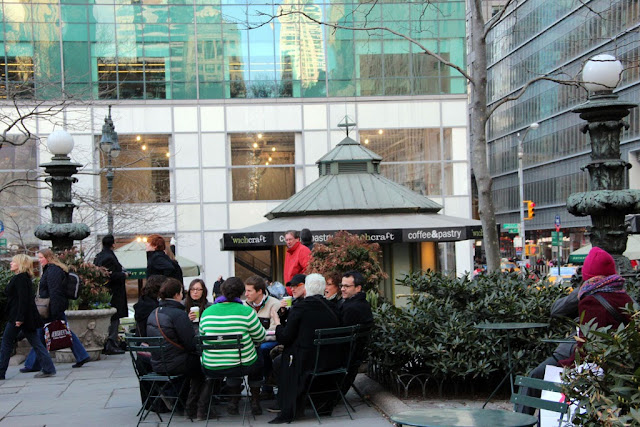 On the east, and technically still on the ground of the park is New York City Public Library (the archives of the library was actually built beneath the park). To the west is Sixth Avenue, and skyscrapers from both 40th and 42nd streets framed the park such that it looks like a small patch of green in a concrete gray field. 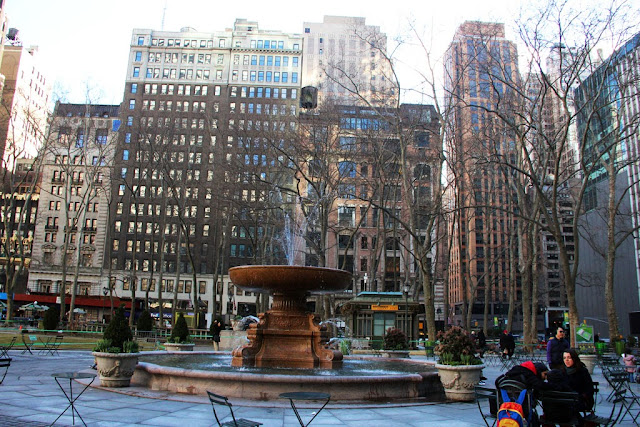 The park is actually not as quaint as it looks now. The area used to be a potter's field, a cemetery for the poor, before the graves were dugged up and moved someplace. Then it became a place for conducting military drills, then a venue where the draft riots occurred in 1863.  The park was redesigned after that but soon fell again to neglect [1]. 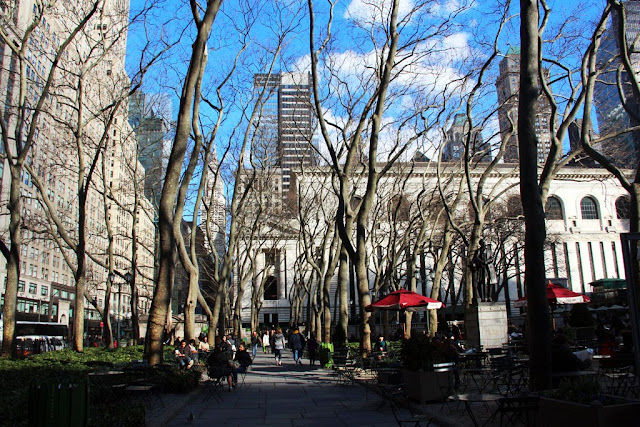 By the 1970s and 1980s the park was overrun by lawless elements. Efforts were made to revive the park, with cafes, shops and landscaping added to restore and draw people to the park once again. A lawn was established in the middle, and a carousel too. The pathway is now lined with trees, and several flower beds were laid to beautify the place. There's also an area for playing chess and backgammon. 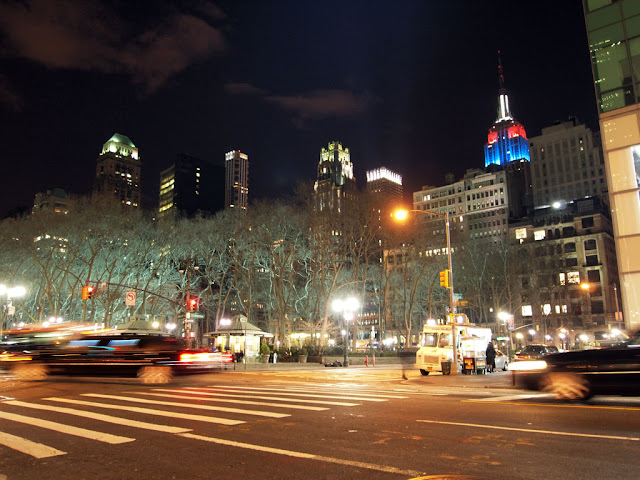 One unique feature of the park is the Reading Room. The open-air library was first established during the Depression era, as a way of providing reading materials to the down-and-out, with the books and magazines provided by the Public Library nearby. Today the Reading Room was recreated, where books and magazines (and chairs) are provided to the reading public to enjoy. 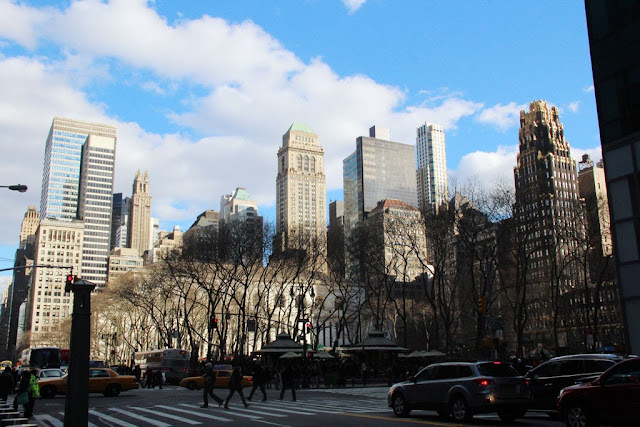 Today the park is a refuge from the bustle of the city. Last time I was in New York I made a detour to the park when I passed by it while walking along 42nd street on my way to a cafe called D'Espresso. I sat down in one of the park's benches to rest and surreptitiously watch New Yorkers go about their business.

It was actually my second time to pass by the park. In 2011 I visited it one evening with my friends Melo and Romel, whom I was meeting for dinner. 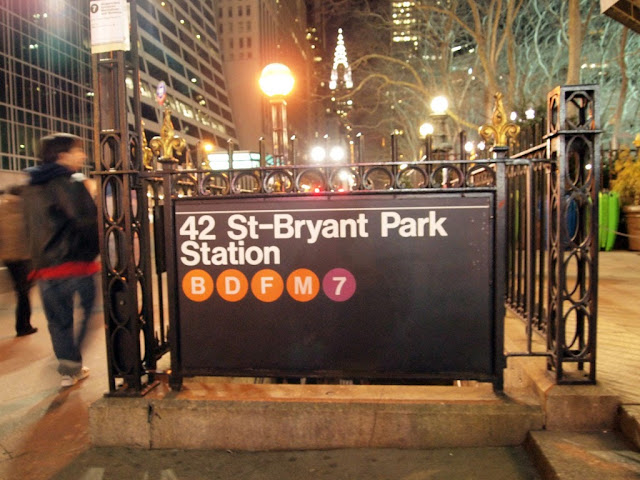 How to Get There
Bryant Park is located between Fifth and Sixth Avenues and between 40th and 42nd streets. There is a subway station below the park - 42 St-Bryant Park Station, and it is served by 7, D and F trains.