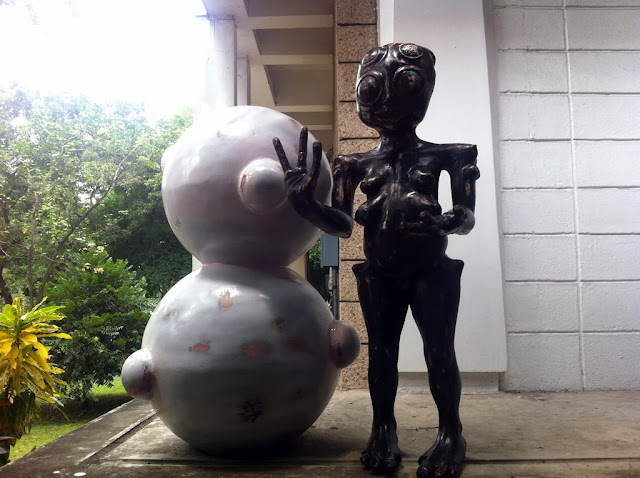 The first modern art museum established in the Philippines was just across the road from my university but I've only visited it recently, with my regular art buddy +Nyel O'yek.

The Ateneo Art Gallery, located inside the campus of Ateneo de Manila University, was established in 1960, seeded by a large donation of artworks given by philanthropist Fernando Zobel. Since then the museum's collection has grown into more than 500 pieces of art.

The artworks, part of the permanent collection, encompasses the works of post-war modern and post-modern Filipino artists - including Vicente Manansala, Ang Kiukok,  Napoleon Abueva, Arturo Luz, and by Fernando Zobel himself. The museum's collection of Filipino masters is comparable in breadth with that of the neaby Vargas Museum in University of the Philippines.

Aside from the permanent exhibits, Nyel and I saw also the current exhibit which displays the artworks that has been included in the Ateneo Art Awards over the years. The annual Art Awards, which chooses the best contemporary Philippine visual arts, has become an institution itself and has been on the forefront of the Manila art scene for ten years now.

Some of the names featured there are actually familiar to me, like Geraldine Javier, who was a friend of my roommate. She gave one of her paintings to my roommate who displayed it in our apartment before.

I wasn't able to take clear photos as photography is not allowed inside the gallery, so I only have pictures taken with my phone's camera. 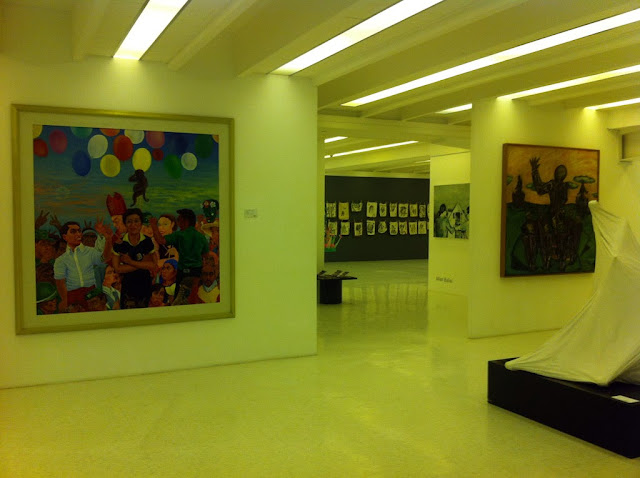 I liked most of the pieces that I saw there, especially Bomba by Kawayan de Guia. The artwork consists of rotating mirror-encrusted bombs. While not done inside the museum, a montage of pornographic images were said to have been projected onto the mirrors. Bomba, bomb in Tagalog, is an allusion to both of it as a weapon, and as a Filipino term for pornographic movies. It won the Ateneo Art Awards in 2011. I also liked the sculpture of an alien doing some sort of a peace sign, located outside the Gallery.

Other artworks are too derivative in my opinion, like that piece by attention-seeker Mideo Cruz. 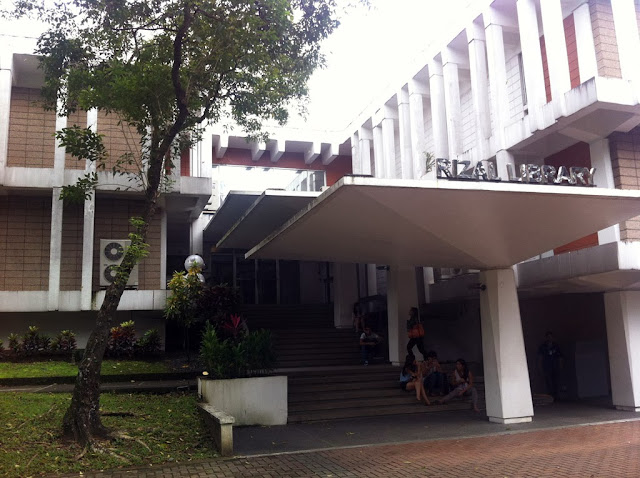 How to Get There
The Ateneo Art Gallery is located in the first floor of Rizal Library, inside the campus of Ateneo de Manila University in Loyola Heights, Quezon City, which is along Katipunan Avenue. Take the LRT Line 2 and get off at Katipunan Station. Take the north exit and walk towards the corner of Katipunan and Aurora Avenue, then hire a tricycle to take you inside the Ateneo campus (Gate 3).

Useful Info
The museum is open Mondays to Friday, 8am to 7:30pm and on Saturdays, 8am to 6pm. Admission is free to Ateneo students and individual visitors. Groups are charged PhP30 per person.