Update: We were able to surf in San Juan again last weekend. The waves weren't so large but it was still fun. I was also able to field test my new toy - a Sony ActionCam (I will be doing a review for it soon). I realized it's hard to do a selfie while surfing; that's the main takeaway for that (see clip above). 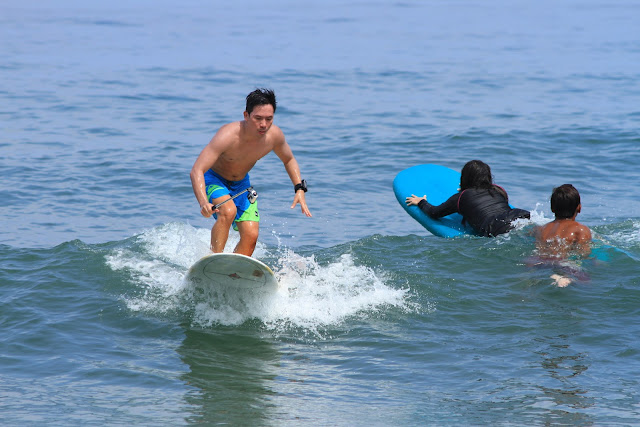 There is also a big change to San Juan Surf Resort, which where I usually stay when I go surf. They really spiffied up the place, with additional rooms and a new restaurant. I still see the same faces of instructors, though, which is good. I saw Joel, who was teaching me how to surf for the longest time, and I gave him my Nev surfboard. I think he was happy.

I was also tried stand up paddling. It's much harder than it looks, and I gave up after 30 minutes and went back to the regular long board. I still have difficulty balancing and standing up, even though the board used for SUP is longer and wider. I still want a go at it next time.
____ 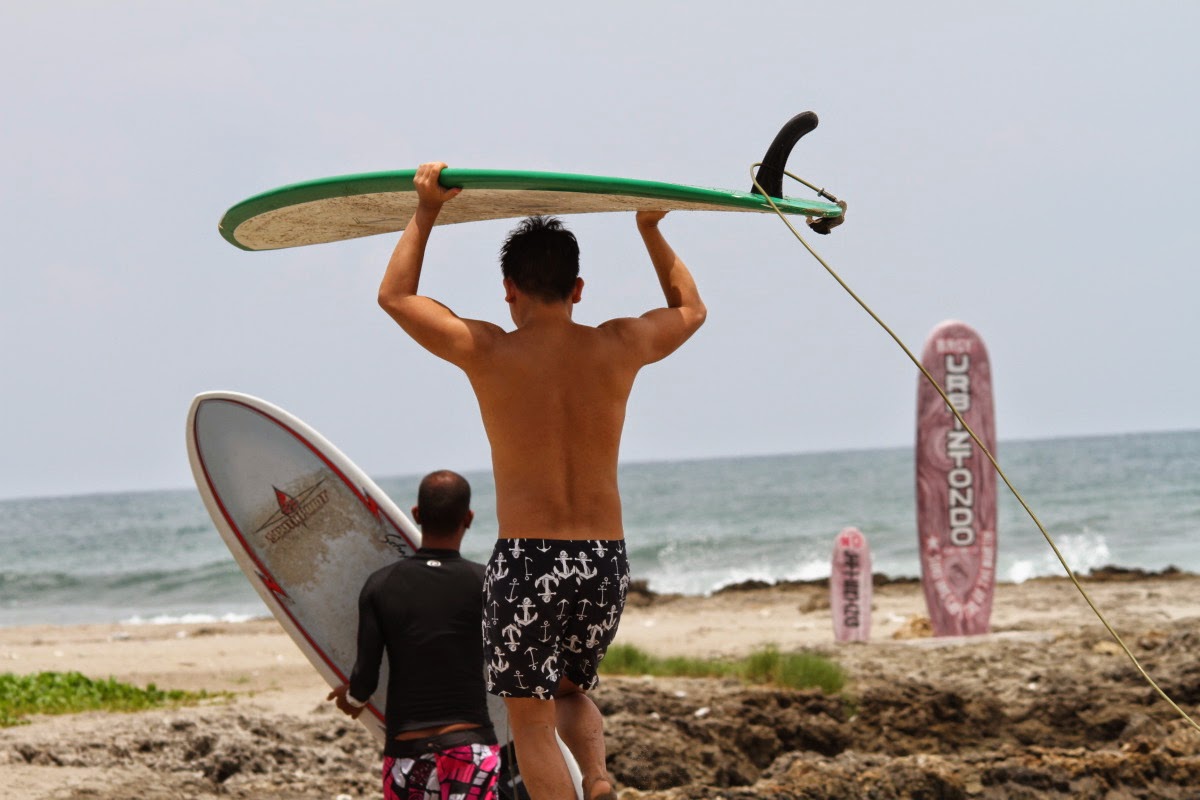 I've blogged about my surfing trips to San Juan, La Union many times, here and in my other blog. It's the top-of-mind place when I want to go surfing (usually with my friends), and I've surfed there every year since 2007 (except last year, when I went to Baler instead). Last weekend I went back to San Juan with my friends to surf.

The place seems to be a bit busier than it was when I first came here, with plenty of new developments like hotels, bars and restaurants near the beach. Also the trip to San Juan is now shorter via  NLEX, SCTEX and the Tarlac-Pangasinan-La Union expressways which started operations a few weeks ago. Trip time is cut by about two and a half hours to about 4.5 hours. We all stayed in San Juan Surf Resort, which looks even better now that they added new rooms and spiffed-up the place.

I took to the water as soon as we got settled in. The surfing season has already started (August to March), and the waves are sufficiently large. There are a number of surfers - novices and experts alike - in the water too, jockeying to catch the peeling waves. I haven't surfed for almost a year so I was a bit tentative at first, but got my rhythm after a few tries. My level of fitness is decidedly off though, I struggled most of the time paddling back after a ride, getting pummeled by the incoming waves as I try to push the surfboard back. I surfed until it was almost sundown, then went back to hang out with the rest of the gang.

We surfed again in the morning and the conditions are trickier this time, as it was high tide and the waves are breaking all over the place. The size and interval were also very variable, from puny to large that curl and form a wall, and they come and break without rhyme and reason sometimes. One particular wave that I rode was very large that a local later told me that had I not outpaced it, could have potentially broken my board in two.

Since it was just a weekend trip, I surfed one more time before lunch time, then we set back to Manila just in time to catch the evening traffic in the metropolis.

Useful Info
Urbiztondo Beach is the primary surf spot in San Juan, but the alternative when the waves aren't cooperative is Bacnotan, which is a jeepney ride away. Aside from surfing you can also do paddle boarding (I want to try this next) and skimboarding. You can also fish, kayak or just bum around the beach if surfing is not your thing.

Surfboards can be rented for PhP 200 per hour, and instructors can also be hired for the same price per hour. I'd recommend Joel, so you can ask for him if you're looking for one.

There are now a lot of restaurants in the area. There was a Greek restaurant just across San Juan Surf Resort that we tried, called Gefseis Greek Grill. It's owned by a Greek so it's as authentic as it gets. I'd highly recommend the boiled octopus, aside from the usual Greek fare like yemistes and lamb.


How to Get There
San Juan is more accessible now than when I started surfing a few years ago, now that expressways were built along the way. If driving from Manila you may take the North Luzon Expressway, then the Subic-Clark-Tarlac Expressway, and then the Tarlac-Pangasinan-La Union Expressway all the way to Urdaneta exit, then continue on MacArthur Highway to San Juan.

San Juan is also reachable by bus. Partas is one of the bus companies that services the route, Take the Vigan-bound from their station in Cubao, Quezon City, and ask the driver to drop you off in Urbiztondo.