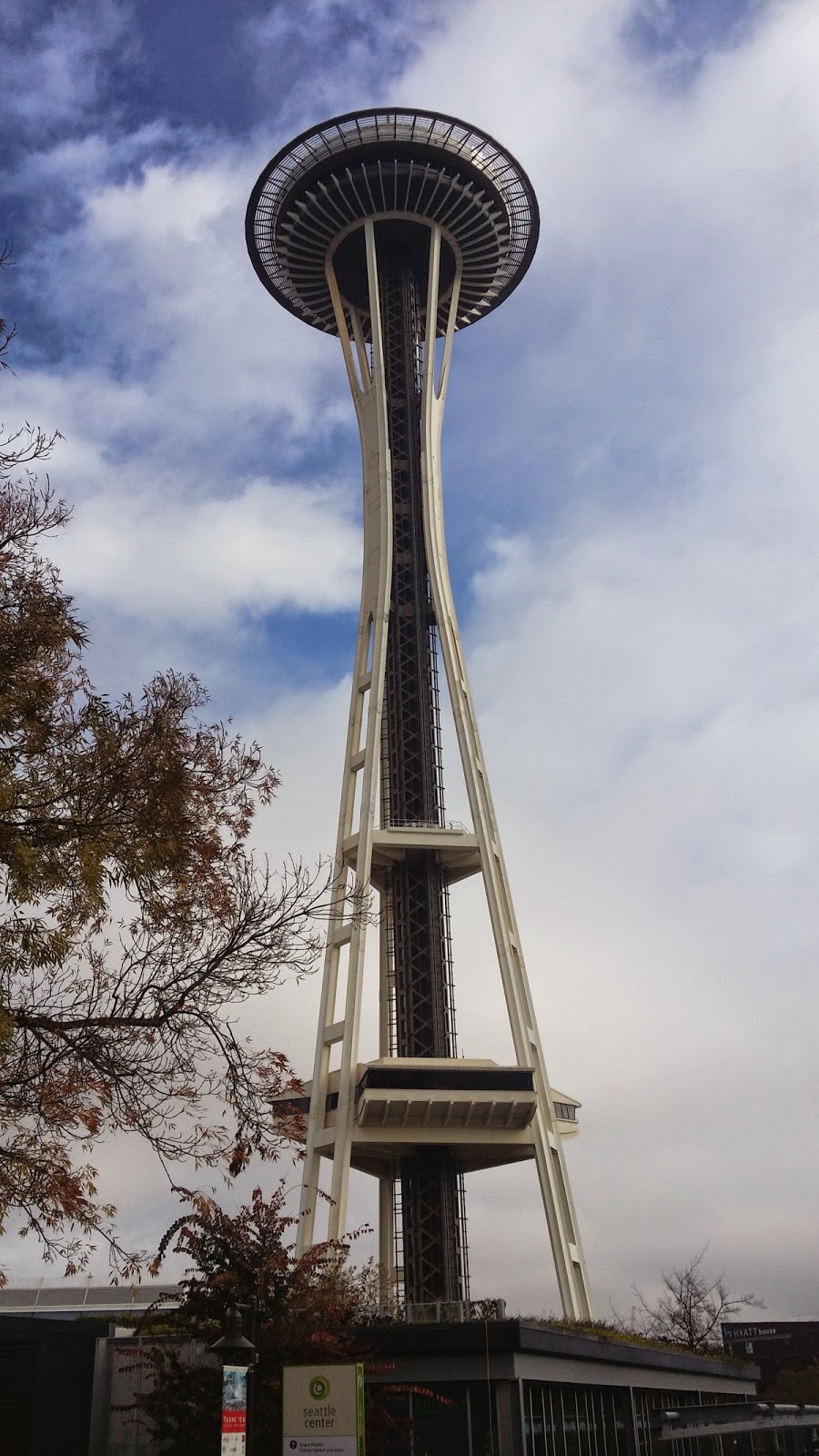 I love Googie architecture - the retro-futuristic movement influenced by the Space Age, the Atomic Age and cars blending together to create a whimsical form. Think Jetsons and Jimmy Neutron. Or Futurama. Along with the Theme Building in Los Angeles International Airport, the the most notable example of this architecture - also known as Ray-Gun Gothic - is the Space Needle in Seattle, Washington.

I had the chance to visit Seattle during my second trip to the US this year, and I spent a weekend in the city before I flew to Manila from St Louis. The Space Needle was one of the landmarks that I checked out. Aside from my interest to its unique architecture it also coincided with my sort of tradition - visiting the highest structure of the city I am in, so it's a twofer. Movie buff may also identify the landmark in movies such as Chronicle, Austin Powers: The Spy who Shagged Me, and of course, Sleepless in Seattle.

The Space Needle was constructed in 1961, for the 1962 World's Fair. At present its height, measuring 605 feet high,would not be very impressive. Macau Tower stands at 1,108 feet, and Oriental Pearl Tower in Shanghai towers at 1535 feet. Even the Gateway Arch is a tad taller, at 630 feet. Still, the Space Needle earned the distinction of being the tallest structure west of the Mississippi at the time of its construction. The copycats of China may be taller now, but the Needle started it all.

I visited the landmark with my kumpare Mark (whose family was my host during my visit), and his kid (and my goddaughter) Leela on a Sunday morning. I was lucky because the weather cooperated during the visit, the infamous Seattle rain did not show up until almost sundown. The previous night the family brought me to Kerry Park, which is located in the hilly part of Seattle, where one can view the postcard-perfect Seattle skyline with the Space Needle prominently at the center.

After getting the tickets we fell in line to the elevators, which then whisked us up at 10 kilometers per hour up to the observation deck. The view was spectacular - with the 360-degree panorama of the Seattle skyline, the Puget Sound and the islands beyond it, and at the distance, Mt. Rainier, a very prominent, massive (and also one of the most dangerous in the world) volcano. 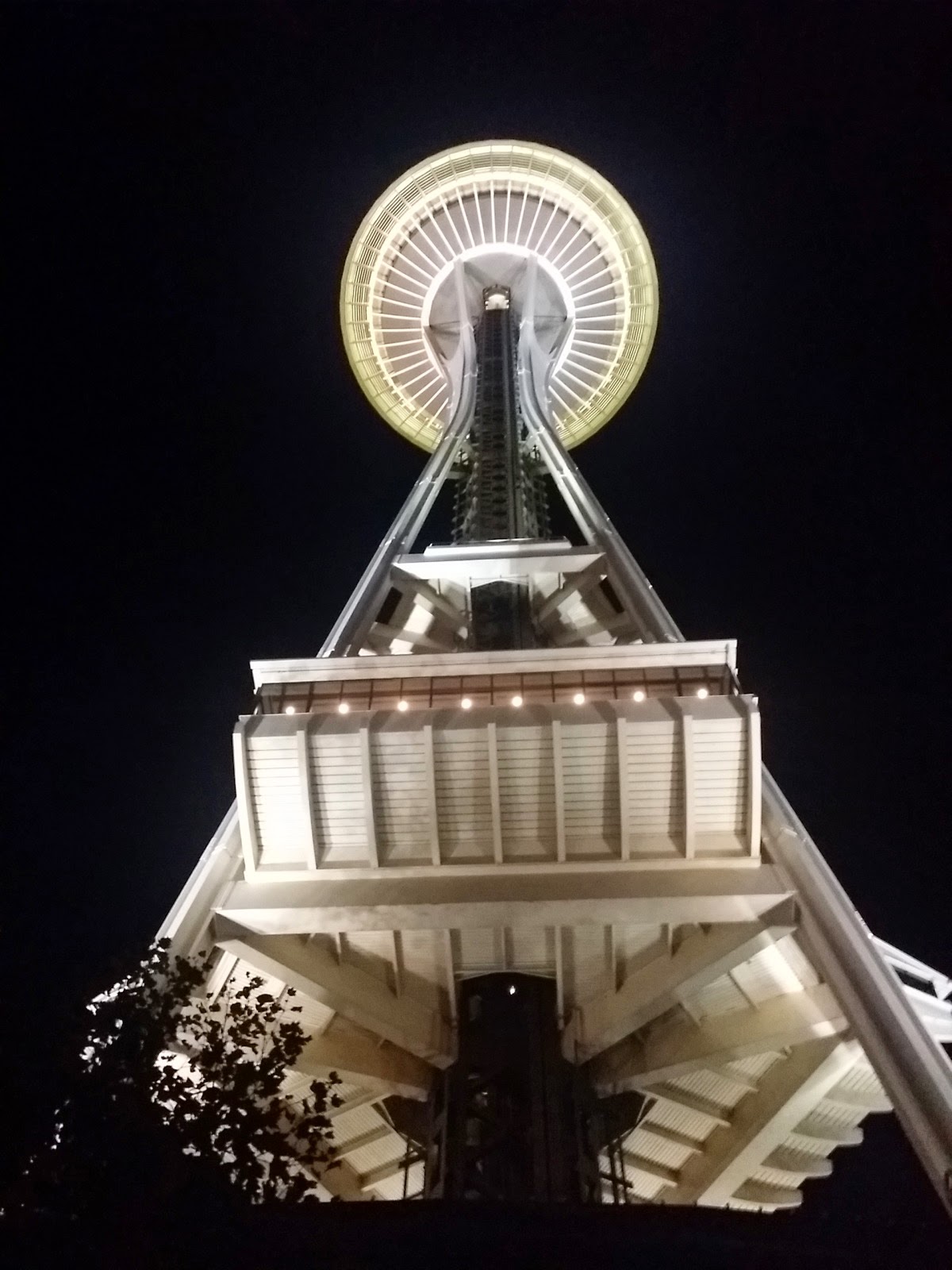 I went around the deck several times to view and admire Seattle from above, trying to pinpoint and identify parts of the city while doing so. Just below the observation deck was a revolving restaurant called SkyCity. We didn't go in, as it would require reservations weeks in advance, but I bet it would be a great experience to dine at 500 feet up. We all went down after I had my fill exploring around.

How to Get There
The Space Needle is located in Seattle Center, at 400 Broad St. You can't miss this landmark.