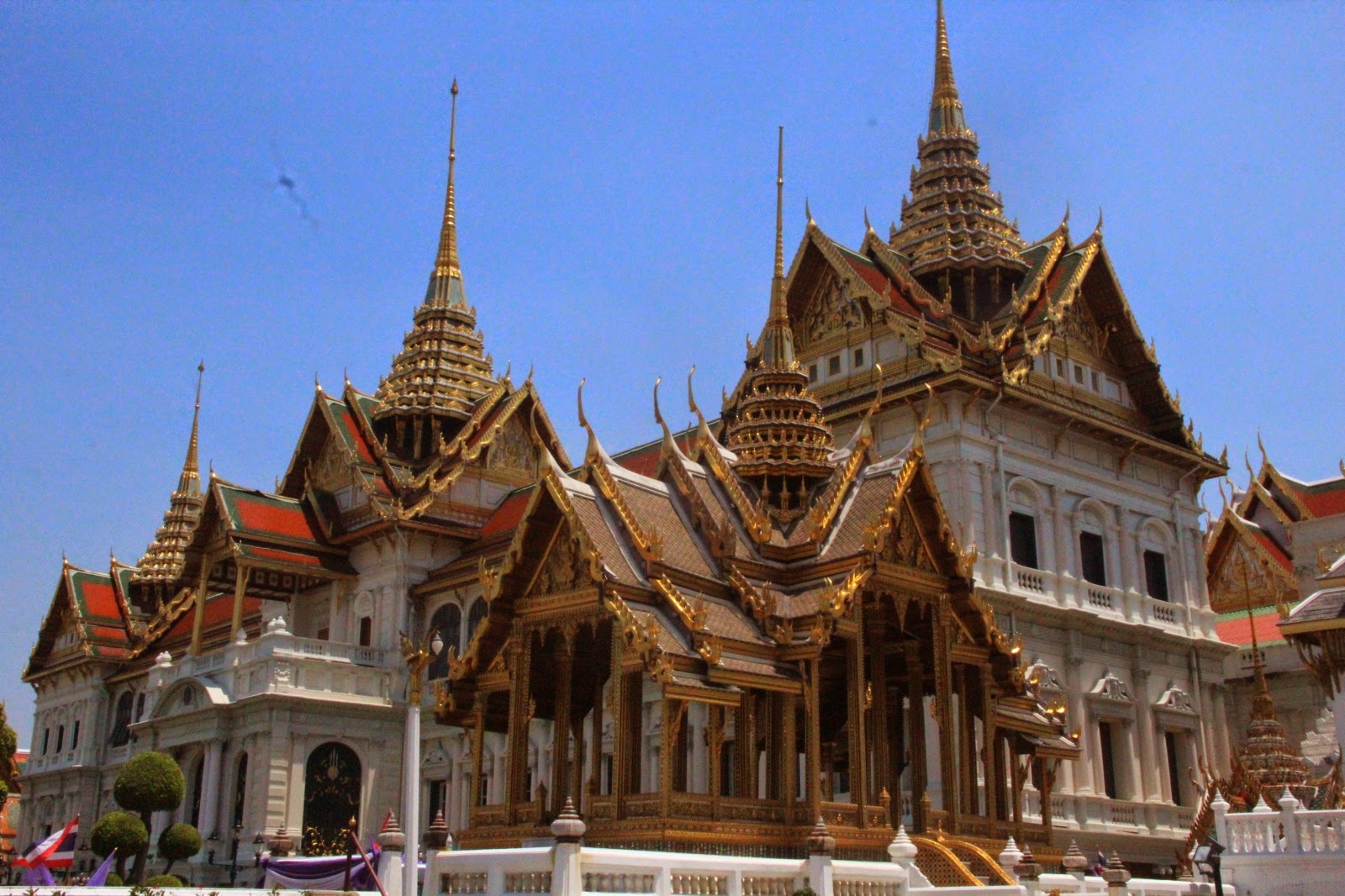 My  first foreign trip in 2015 was during the Holy Week, to Thailand. This was my fourth visit to Siam and the City of Angels, but this trip was primarily for my mom. I often exhort people through this blog and social media to travel more, and I think the best way to do the talk is to include my mom in my travels, right? While I'm at it, my aunt also joined us for her first trip abroad. I'd be tour guide for this trip, and I will be basically revisiting the places I've been to in Bangkok.

Traveling with my mom (this is our third foreign trip together) is a different beast compared to my usual trips. I put more effort in planning and logistics of the trip, which means booking the hotels in advance, no chicken buses, and the itineraries are often set way ahead of time. It also means no hostels, as I want her to be more comfortable throughout. Excursions to tourist spots also need to be spread throughout the day to account for rest periods, and more often than not, shopping (and window shopping) in stores that we encounter along the way.

We flew Philippines Airlines to Bangkok, and I was glad that the airline switched from an Airbus A330 to a bigger Boeing 777-300, and we landed in Suvarnabhumi just right after noon. Immigration was a breeze; my mom was happy to get her third stamp in her passport and my aunt was excited to get her first.

I booked a room in Holiday Inn Silom (again, no hostels), which I think has a strategic location, considering the spots we wanted to see in Bangkok.  We stayed in Holiday Inn for two nights, and I think mom liked the hotel; our room got upgraded - thanks to  my Priority Club status - with a great view over downtown Bangkok.

After a bit of rest, we took a tuktuk to Sukhumvit to grab a late lunch in the Siam Paragon food court. We tried various Thai dishes, and it was hit-and-miss; my mom and aunt liked some, they raved about the phad thai, but thumbed their noses on the tom yum goong. I thought I'd have trouble convincing them later on to try the fried insects being sold in the streets of Silom. 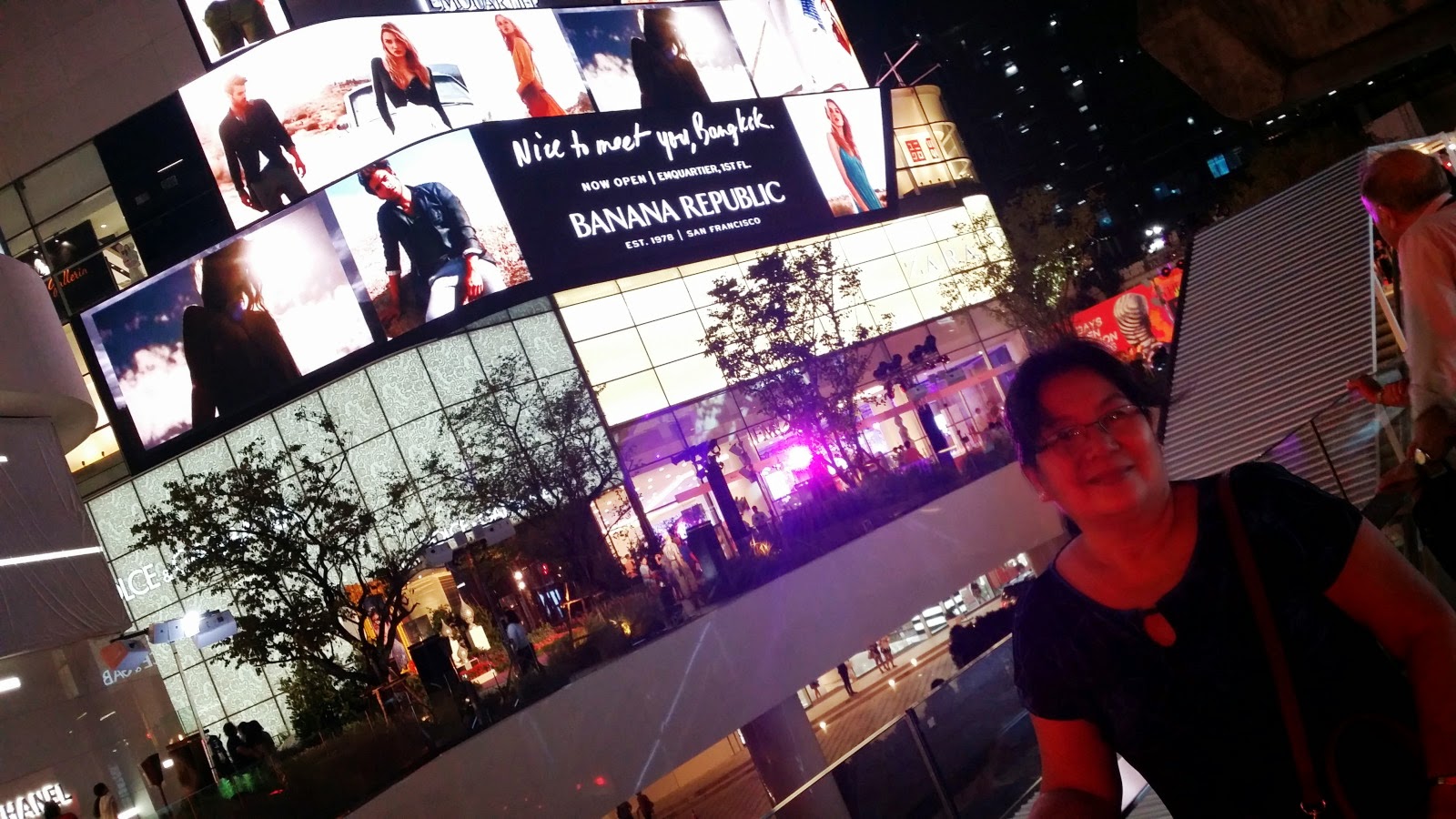 It's needless to say that they liked shopping so we explored the gigantic malls along Sukhumvit until late in the evening. 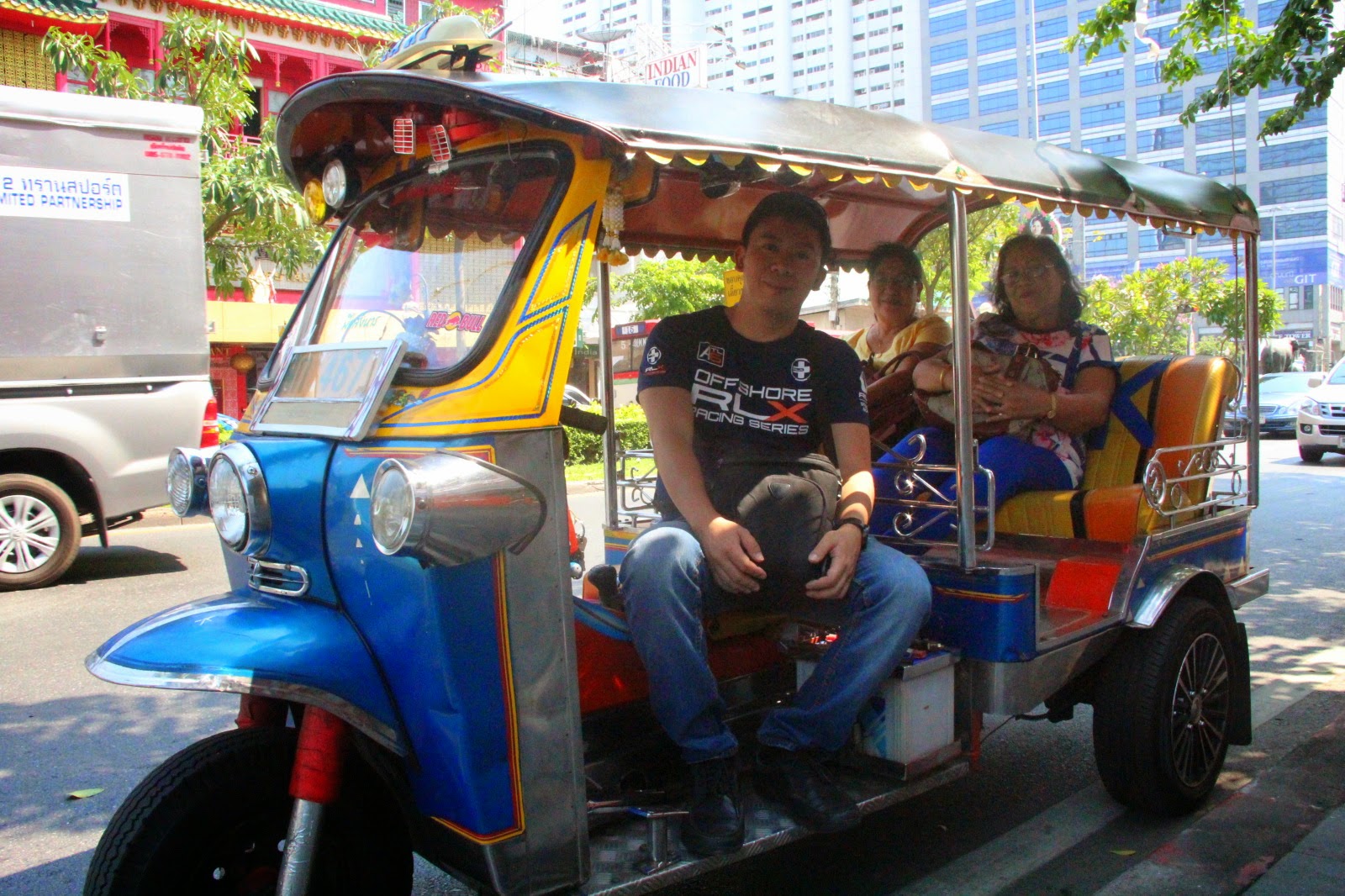 The next day was a busy day. After breakfast in Silom we took another tuktuk to Thapan Thaksin to take a boat along Chao Phraya river. We got in one of the smaller boats, with just around 8-10 person capacity, and sits close to the water that we got splashed with the murky river water several times. Since it's not one of the touristy ones, we skipped visiting some of the wats along the river, like Wat Arun.


Our primary destination for the day was the Grand Palace, which used to be the official residence of the King of Siam. Unfortunately we got there just around noon, when the sun was high up and the temperature was hovering around 38°C. We stopped in one of the stalls near the pier in the river to buy some hats for UV protection. The Palace was also full of tourists, although I noticed that the farangs are now outnumbered by tourists from mainland China. They are easy to pick out from the mob by the guides holding flags with them following like lemmings to a cliff. And did I wish them to throw themselves off a cliff. The stories I read online about their behavior were somehow validated when I was observing (or getting elbowed) by them. I know travel should remove one's prejudices, but at this moment, they got reinforced. Most of them were noisy  and uncouth, they spit anywhere, and they skip lines and elbow whenever they get away with it.

Still I tried to not to have those people ruin the experience. I think my mom and aunt were awed by the architecture of the complex, and they enjoyed every moment of it, despite the crowd and the "seven inches of the midday sun."

We took another route back to the hotel. At first we hailed a cab, who turned out to be a scammer - he wanted to bring us to a shop first where he can get a commission, a typical tourist scam in Bangkok. When I did not relent he just dropped as off in the curb and I was forced to hail a tuktuk and negotiate the fare to get us out of there.

We left Bangkok the next day to go to Pattaya City, where we stayed overnight. We came back to Bangkok again on Black Saturday, staying in St. James Hotel in Sukhumvit this time. I was able to bring them to the Chatuchak market early on Sunday, where they shopped their hearts out. A night flight later that Sunday took us back to Manila.