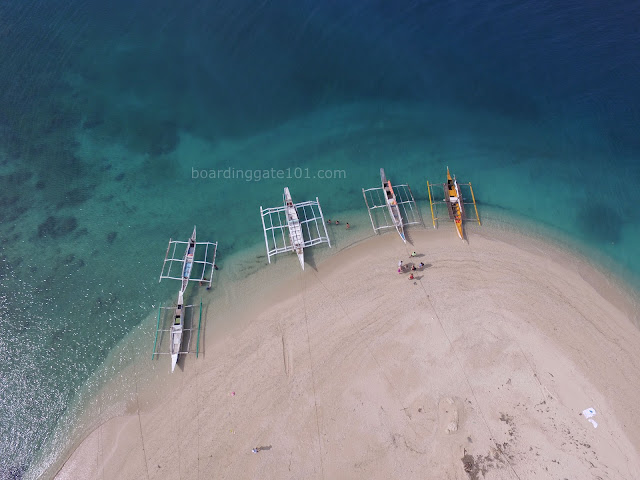 If you're sick of the maddening crowds of Boracay, then this island is for you. No night life, pub crawls and tranny shows, no overzealous hawkers shoving trinkets to your face every three paces. Nothing but pure, unadulterated island life. I am talking, of course, of Malalison Island.

Malalison (or Mararison for the locals) is a small island located at the northeast side of Panay Island, facing Sulu Sea, in the Philippines. It is part of the town of Culasi, and it has only been appearing in the radar of travelers recently. The island is populated by a few hundred families, mostly fishermen.

We - me and my friends from the university - began our adventure to the island with a plane ride to Kalibo (also the gateway to Boracay), and a two-hour ride in a passenger van to the town of Culasi. From the port we then took a motorized banca to the island, the trip  of which took around half an hour.

As the island is still undeveloped for tourism - this will appeal to people who don't like beach resorts - there are no hotels or restaurants in the island. Visitors may opt to get accommodations in homestays, or just explore the island on a day tour from Culasi. We stayed in Arjee's Homestay, which is composed of two thatch-roofed kubo. After we settled in we set out to explore the island.

The first destination was of course, the beach. On certain months  a sandbar appears that extend the beach, called Kawit Beach, further along the sea. We were only the ones on the beach when we came, except for a handful of boatmen tending their boats. I was able to fly my drone, and take photos and video of the island. Further down the beach is the area where the fishermen dock their boats. This is also where they started putting wave breakers for protection from storm surges during typhoons.


The next area that we explored was the hilly part of the island, at the other end. There was about a 20-minute hike going there, passing through the village and the grade school. On the way, we met several kids at the school, cleaning the school yard as part of the school activity. As we climb up to the highest point in the island we noticed lots of carnivorous pitcher plants along the trail. I was tempted to bring some with me but thought better of it.

At the peak there was a cliff overlooking the beach, and the view was spectacular. You can also see most of the island from here, including the islet that gets separated from the main island during low tide. I also flew the drone from here. 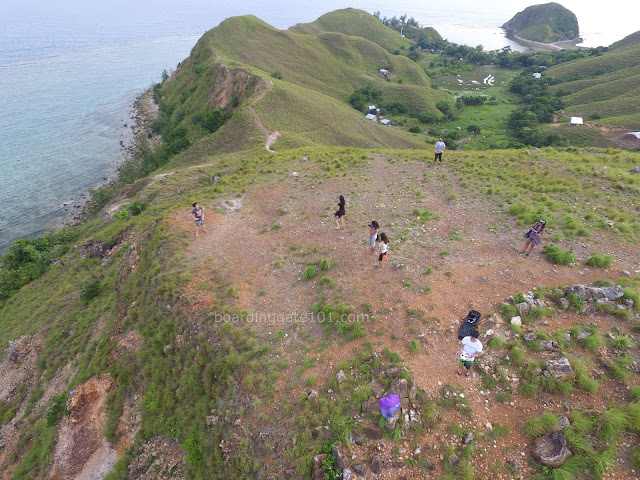 We were in the island for three days and two nights, but it rained for most part of the second day so we were not able to tour the island with the boat. Two of our friends who came to the island ahead of us were able to, and they also snorkeled on the reefs. For us, it means spending most of out time there hanging out in the beach. With the cell signal spotty at best, it was the digital detox that we all needed to get.

I didn't hear anyone complaining.

Electricity is rationed in the village, running only from 6pm to 10pm, although some homestays have generators for their guests.  Water is sourced from artesian wells, manually pumped from the ground. There are a handful of sari-sari stores where you can get snacks, bottled water and softdrinks, and essential stuff, and there's a small market with a few stalls selling fish and meat. Guests can cook for themselves since the homestays have kitchen, or they can ask the caretaker to cook for them.

Cellular reception is spotty, and the area with the best signal is Kawit beach. We also noticed that Globe works better than Smart in the area. 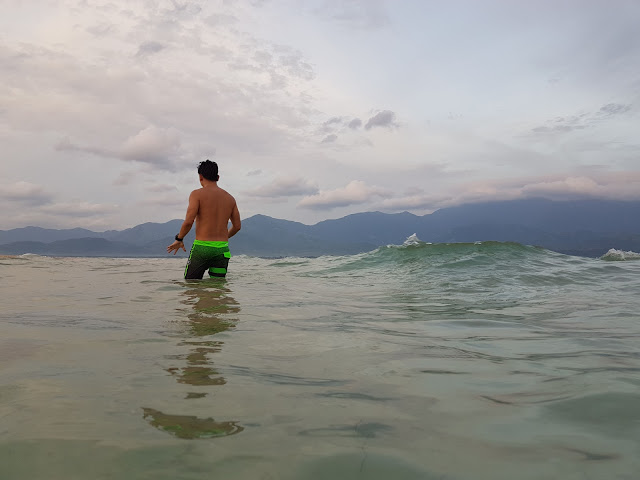 How to get There

Malalison is located at the town of Culasi. You may take a Ceres bus or passenger van from Kalibo,  San Jose de Buenavista or Iloilo, depending on where you initially flew in. You may also take a van from Caticlan, if you decide to ditch Boracay to go see an unspoiled island. Fare from Kalibo is PhP 120.

From the Culasi jetty you may rent a boat that will take you to the island. A boat for 5-7 people the rent is PhP 750. This includes roundtrip transfers and a tour around the island.

Guests are required to pay an environmental fee of PhP40, at the tourism office just across the jetty.

We stayed in Arjee's Homestay. There's a kitchen that guests can use, and they can also request the caretaker, Manay Alma (please leave a generous tip when you check out), to cook food for the guests.

The rental for the small hut (with two beds, max 5 persons) is PhP1500 a night. In the bigger house, the small room is also PhP1200 a night (max 5 persons) , while the big room is PhP1500 a night (max 8 persons). You may contact them through their Facebook page: facebook.com/ArjeesHomestay or through this number: 0915 308 3111
Antique beaches Culasi drone photos islands Kawit Beach Malalison ISland Panay Philippines