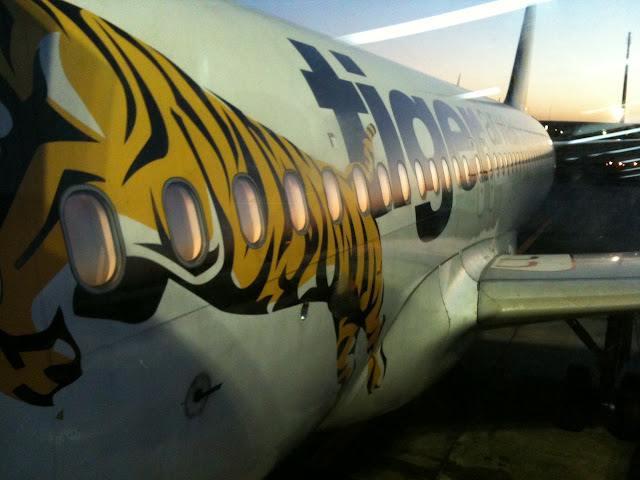 For my Easter trip to Singapore I opted to take Tiger Airways; the airline started servicing Ninoy Aquino International Airport (previously only Clark), and the fares in Cebu Pacific, my usual budget airline of choice, was more expensive on the dates that I wanted. 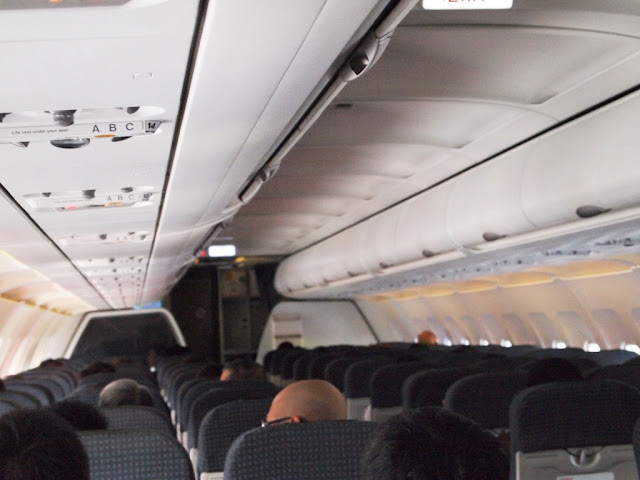 Booking online is quite easy and straightforward, but there were some caveats. First, the fares that they quote does not include taxes, so comparison shopping can be a bit tricky. Also, the airline charges you a "convenience fee" when paying online, to a tune of $20. I also made the mistake of checking the "convert to local currency option" box at checkout. The exchange rate that they use is very unfavorable to the customers (a difference of almost 2 pesos per $1), so it adds up. All in, I spent about $240 for a roundtrip flight. I probably would gotten cheaper fare if it the date I chose was not on peak. 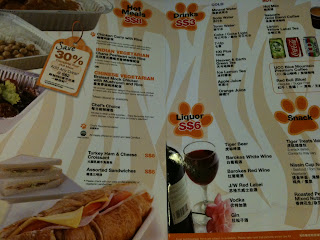 The cabin layout of the plane, an Airbus A320, is typical of LCCs: 3-3 seating with cramped legroom and almost spartan. They sell food during the flight, listed in a menu called Tiger Bites. The choices are nothing to write home about, and a bit pricey too: S$8 for hot meals (chicken curry with rice etc), S$8 for a croissant, and S$3 for sodas, Milo and coffee. Tiger beer, wine and vodka are priced at S$6.


Tiger also carries a selection of duty-free items. They are not cheaper nor more extensive than the ones found in shops in the airports, but I'm eyeing the Tiger Airways 1:200 model aircraft (S$21) for souvenir.

Schedule
Tiger Airways schedule their flights to/from Manila on the wee hours of the morning probably to take advantage of cheaper fees. From NAIA it departs at around 5:20am, and the Singapore leg departs at 1:20 in the morning, arriving at 4:50am. Both flights that I've taken were prompt, and on the return leg we arrived 15 minutes early.


I will taking Tiger Airways on a domestic flight in February, to Kalibo (SEAIr). I will update this post when that happens.