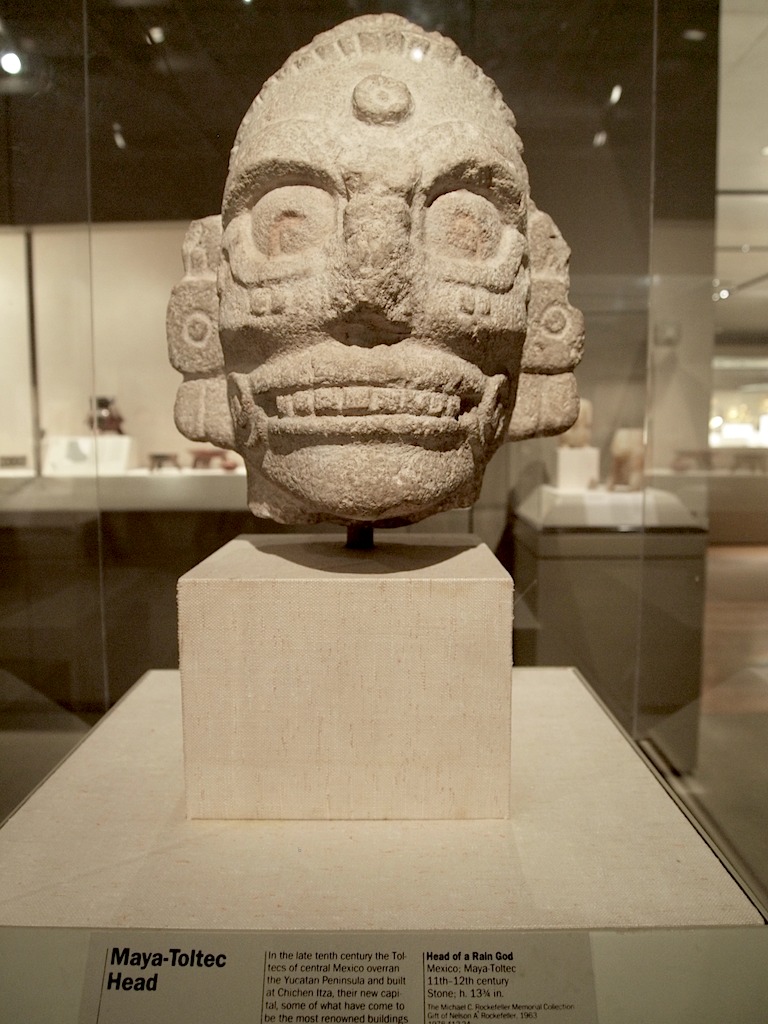 The Mayans are getting a lot of press lately, thanks mostly to the brouhaha over the Mesoamerican long count calendar. According to doomsayers, the world will end on December 21, 2012, which coincides with the end of the 13th baktun, or creation era in Mayan mythology.

Whether the doomsayers were accurate with their reading of the Mayan calendar (we'd know that soon enough, maybe as soon as tomorrow), or not, the Mayan civilization is  very fascinating in its own right. The Mesoamerican civilization, which encompassed parts of Mexico, Guatemala, Belize, El Salvador and Honduras, has developed a written language, architecture and art. They were also made advances in astronomy and mathematics that enabled them to developed calendars and constructed pyramids for astronomical observations.

Although I haven't visited any Mayan site, such as Tikal, Piedras Negras, or Chichen Itza, during my travels, I have encountered the remnants of the civilization in the museums I visited.

My first hands-on experience with Mayan artifacts was in St. Louis Art Museum, which in 2011 mounted an exhibit, on loan to the museum, called The Fiery Pool: The Maya and the Mythic Sea. Although most of the 90+ artifacts shown in the exhibit dealt with the creation myths and the importance of water in the Mayan civilization, there's one artifact there that's worthy of the apocalypse, a lidded bowl that depicts a god, appearing as an iguana-jaguar, eviscerating humans.

Outside the exhibit, the museum has a section on Mayan artifacts as well, including some utensils and tools, and a fertility figure from Veracruz, Mexico.

The second time I encountered the Mayan civilization up close was during a visit to the Metropolitan Museum of Art. The museum has an extensive collection of Mayan and other Mesoamerican artifacts. Those on display include the head of a rain god, a carved stele, called a Monument with an Enthroned Ruler, depicting one of the Mayan rulers as well as a bunch of symbols around it. Most of the symbols inscribed in the columns and artifacts tell the creations myths, victories in wars, or perhaps even end-of-world scenarios.

If you are worried about whether that last one would come true, take solace to the demeanor of this smiling figure on display, which seems to convey a "don't worry, be happy" attitude: