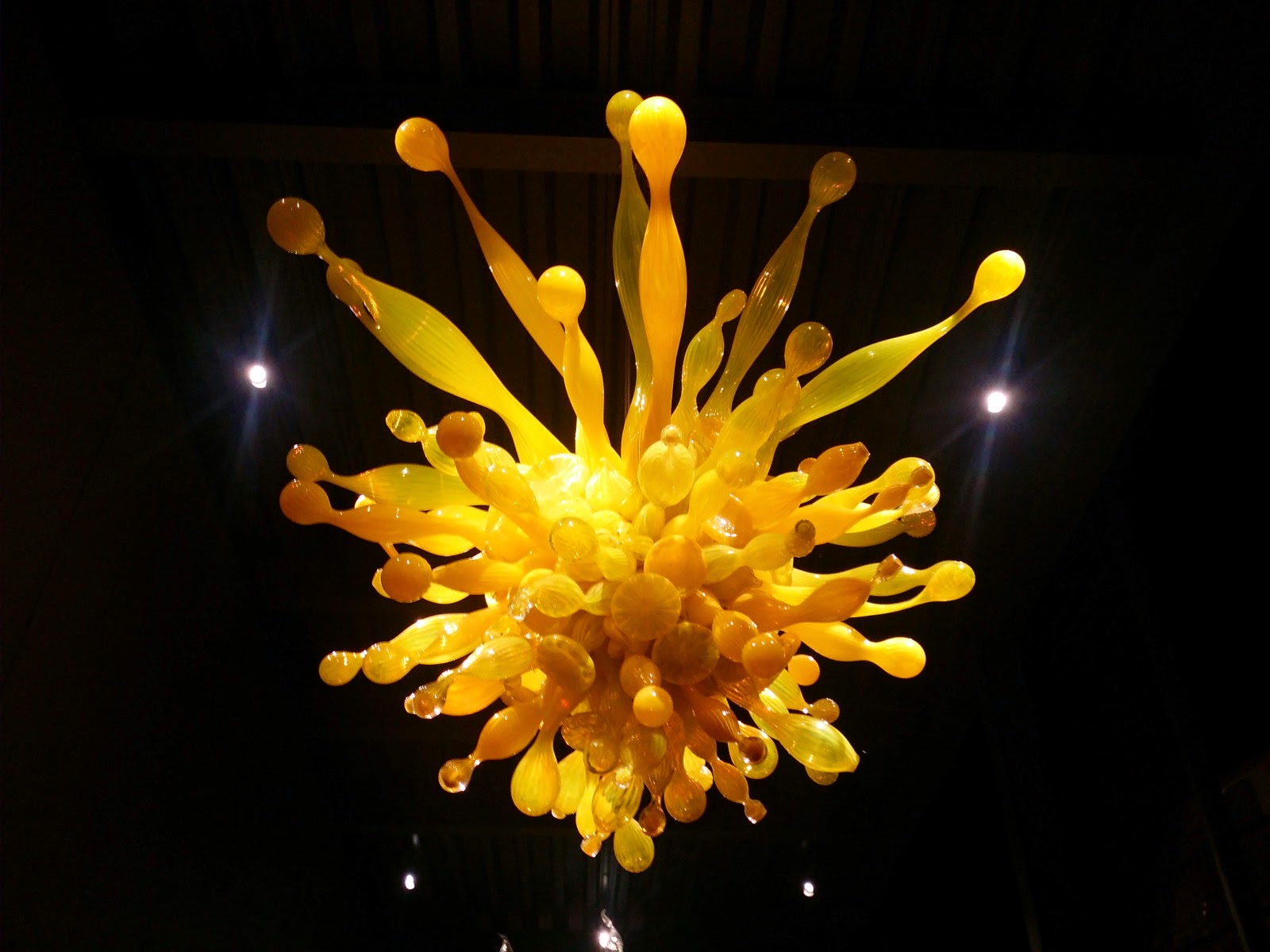 Glass is an interesting material but is something that is taken for granted for its ubiquity. It can be shaped into something organic looking but at the same time exhibit shapes and colors that are not found in nature. It was taught, in my chemistry class, that it's not actually solid but a super-viscous liquid that is resistant to flow. It's has been around for hundreds of years, and its properties enabled artisans and glassblowers to fashion it into useful objects, like goblets and jewelry, some of which ended up in museums years later.

One of the most fascinating use of glass as objet d'art that I saw was in Harvard Museum, when it was fashioned into life-like representations of plants and flowers, but those were created for scientific use as much as for art.

There was a movement in art that uses glass as an artistic medium and not as something functional, like the stained glass windows of medieval churches. This glass art movement created mostly three-dimensional objects and sculptures, with whimsical shapes and colors for aesthetics sake.
.

One of the artists that moved that movement forward was Dale Chihuly, a native Tacoma, Washington. As a tribute for his creative genius, an exhibit, called Chihuly Garden and Glass, was established at the footsteps of the Space Needle in Seattle Center. I was able to visit when I spent a weekend in Seattle


I visited Chihuly in the evening, in which the dark night accentuated the glowing, organic-shaped sculptures installed outside the exhibition area. Looking in from the outside one can see more hints of Chihuly's genius, glowing from a distance like colorful sea creatures. I almost expected them to move and writhe like sea slugs.
I


As I entered the exhibition area, I thought that the sea creature analogy was apt, as the glass sculptures were shaped like tentacles and limbs in various colors, and some were shaped like corals. But there was something else that I imagined them to resemble - that of the fantastical flora and fauna from the movie Avatar. Something else, much naughtier than the plants of Pandora, came to mind - that of  a certain genre of comic books and anime from Japan.

It was easy to get awed from the larger-than-life fantastically shaped objects wrought by Dale Chihuly, suspended overhead the large halls, lit strategically so that they looked like they're glowing from within. I also at the back of my head became on guard more than usual, as I subconsciously fear that I might trip and smash to to bits, or me getting impaled in one.

My fear of tripping over and breaking the glass sculptures was magnified when I entered the gift shop. Aside from the usual souvenirs like mugs and ref magnets being sold, the shop also carried original pieces sculpted by Dale Chihuly, only in smaller sizes. My fear wasn't just getting hurt if I fall over  them. The pieces cost around $6000 each!

Morbid fear of tripping aside, the museum is a unique place to visit in Seattle and is recommended for anyone. Except if you have unruly kids who likes to run around smashing things.

How to Get There
The Chihuly Garden and Glass is located in Harrison Street in Seattle. It is within the Seattle Center, right under the Space Needle, so it is not hard to miss.

Useful Info
The museum is open from every day, from 11am to 8pm from Sunday to Thursday, 10am to 8pm on Friday and Saturdays. Don't visit if you have aichmophobia