Travel to Japan: Visa and Other Considerations 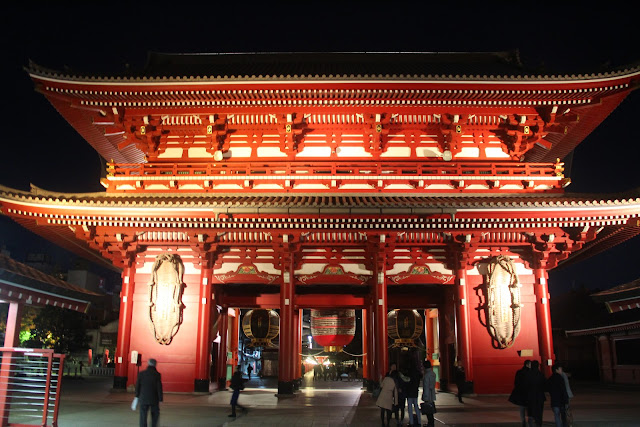 I count Japan as one of my favorite travel destinations. There are lots of places to visit and discover - from modern and cosmopolitan cities like Tokyo and Osaka, to ones that are very rich in culture and heritage, like Kyoto, to small Alpine villages where you can do winter sports.

Visa
Citizens from certain countries, including the Philippines, need a visa to enter Japan. The application (in case of the Philippines) is done through a travel agency. I picked Friendship Tours, which has a office in Dusit Hotel in Makati, to do the application for me. The fee is PhP 1200 for a single entry visa. I went to their office to submit the requirements, which include the passport, visa application, a photo, itinerary, birth certificate (the new (yellow) one), income tax return, proof of funds and bank deposits, and marriage certificate if application. You may need to submit additional documents if you have a sponsor in Japan. You may check the whole procedure here.

For the proof of funds I submitted a bank account statement with about $1000, which corresponded to my daily budget for 10 days. I indicated this in the itinerary that I submitted, where I listed the cities I intended to visit and the approximate dates. I also included my plane ticket and hostel bookings (my ticket is refundable, and so are my hostel bookings, in case my visa application is denied). Do not submit documents directly to the embassy or consulate. 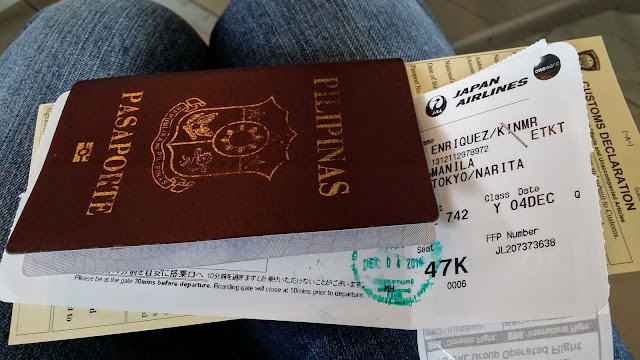 I got approved two working days after submitting my application. I was apprehensive at first because I have a trip to Taipei that week and the travel agency included a request to pull out my passport after submission due to the impending trip, but luckily, it was not needed as I got approved right away. I picked up my passport with the visa in the travel agency. The visa given to me was single entry, valid for 3 months. There is now an option for applying for a multiple entry visa, but I understood that that is possible if you've already been to Japan. I will be applying for a multiple entry next time.

For countries exempted for a visa, visit this link . For other countries, see here.

Budget and Expenses
Japan is expensive, as far as traveling goes. I initially budgeted around $100 a day, excluding some of my hostel expenses (others you have to pay cash, others take credit). I was within my budget, considering that I took snowboarding lessons, took a side trip to Universal Studios, and bought some electronics in Akihabara.

Excluded from my budget is the 7-day Japan Rail pass, which I purchased in Manila prior to leaving. It cost around PhP12,000 (more on that in Moving Around section). Food is relatively expensive, especially if you eat in restaurants. If you want to scrimp a bit you can buy food in convenience stores, like ramen and sandwiches. There are also small shops in the streets that sell food for about 100 yen. You purchase the food stub in vending machines near the shops, and you hand the stub to the one tending the shop in exchange for food. Fastfood outlets also abound (go try the black burger while you're at it). 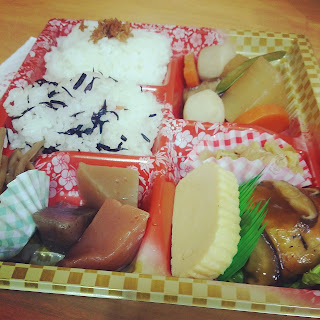 Food
At this point I think everyone is familiar with Japanese food, so unless you go to really exotic ones like fugu, there are no surprises really, except that I seem to think that they taste better there. There are different cuisines to try, and I made it a point to eat in small restaurants and eateries whenever I can. There are also times that I have to subsist on instant ramen and sandwiches, when convenience calls for it, like that time when I arrived in Hakuba late in the evening and I was too hungry to seek out the restaurants in the area. Vending machines are also everywhere, where you can get sodas and drinks.

Customs and Etiquette
The Japanese society is big on customs and etiquette, so it pays to know some of the social norms that they have. Be courteous. Don't stare at people. Leave your footwear outside (in a genkan or a shoe rack) when you enter a house or premises like a hostel. Do not stick the chopsticks upright in a bowl of rice, or leave them crossed in a plate. You need to be naked while inside the onsen, and don't let your towel touch the water in the tub whie in there. Hide your tattoos too. Avoid taking photographs of strangers, especially children, while in public. Don't push while boarding the train. Stand on the left while in escalators (right if in Osaka). And did I say, be courteous?

Communication
I strongly suggest that you get a local SIM while in Japan. Having data will make it easier for you to navigate and look for local places (hello, Google Maps). I have even helped a tourist couple look up their hostel in Oeno, because they don't have data and their Apple Map is pretty useless. 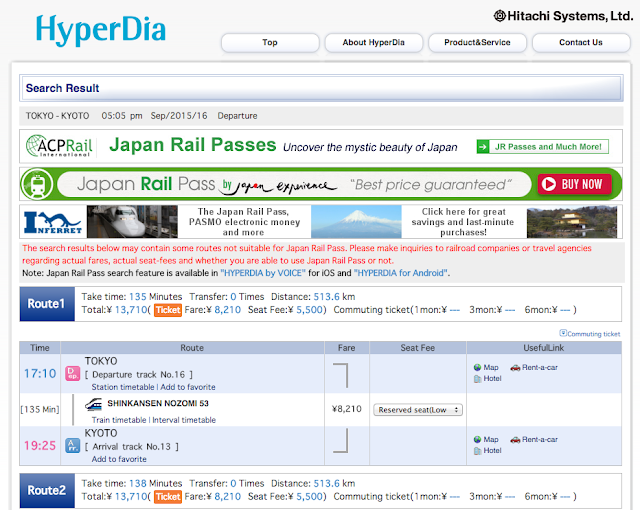 Also, bookmark the Hyperdia site: http://www.hyperdia.com/en/ (and you can download the Android app from the Play Store too). The site, which is for searching and looking up train timetables, saved me from a lot of headaches while I was traveling from city to city. Here you can search for which trains to take, which station and platform to go to, and their estimated times of departures and arrivals. Once I  missed a train in Matsumoto, and immediately I was able to plot another trip and catch the next train to my destination using Hyperdia. 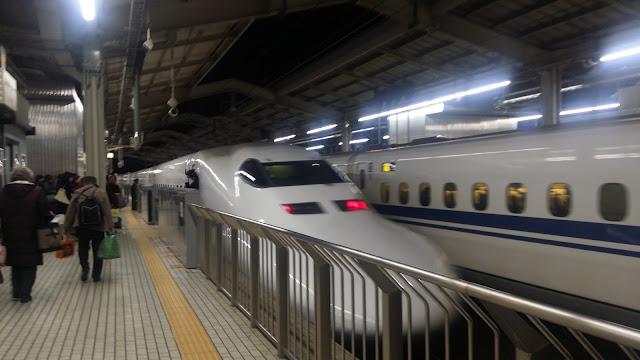 Getting There and Moving Around
I flew to Japan aboard Japan Airlines, in the new 787 planes at that, so I counted myself lucky to have gotten the tickets on sale and flying on new, sleek planes. Aside from JAL, carriers that service the Philippines-Japan routes include Philippine Airlines, Cebu Pacific and ANA.
If you didn't read the section above, I will repeat again: bookmark the Hyperdia site (or download the app). It is very valuable for navigation. That said, rail is the best way to travel within Japan. I was in the country for ten days so I got a JR Pass, which is good for 7 days (there are options for a month too). The price may seem steep but consider that I've used it to take the Shinkansen (high speed bullet trains) from Tokyo to Kyoto, then Kyoto to Osaka, then from Nagano to Nagoya, then Nagoya to Tokyo. Only two of those segments are already worth more than I paid for the pass. The catch is that it is only available for people with tourist visas (if you're a student then you're out of luck), and you have to purchase it in your country of origin (got mine from the same travel agency that processed my visa).

The JR Pass is also good for the regular trains, so I've used it to go from Kyoto to Nagano then onward to Hakuba. Again, I was able to plan the trips by the minute using Hyperdia. The pass can also be used with Tokyo if you're riding the Japan Rail trains. I would also suggest that you get an RFID card with credit for riding the trains within Tokyo. It's more convenient and you can top them off in the machines located just outside the stations.

Aside from trains, buses are also a great option for traveling. I used the buses extensively in Kyoto (and I got whole-day passes for it; convenient and cheaper than buying tickets for each journey). I've never used taxis because they are very expensive, so I'd suggest that you avoid them too.

Where to Stay
I stayed mostly in hostels during my trip; they are inexpensive (around $25 per night) and are conveniently located near train stations. In Tokyo I stayed in Khaosan Ninja hostels, in Asakusa (clean, and courteous and efficient staff). In Kyoto, staying in a tradition inn called ryokan is a must as well. I also tried staying in a capsule hotel in Narita. where I spend the night before my flight home.

Clothing
Japan has four seasons, so be sure to bring the appropriate wardrobe. For example, if traveling from December to March be sure to pack winter clothes, especially if you intend to travel to the northern parts.

Safety
Japan is very safe, even in big cities like Tokyo and Osaka. Still, it pays to be vigilant and street smart. Don't do stupid stuff and enjoy the trip. And trust me on the Hyperdia.