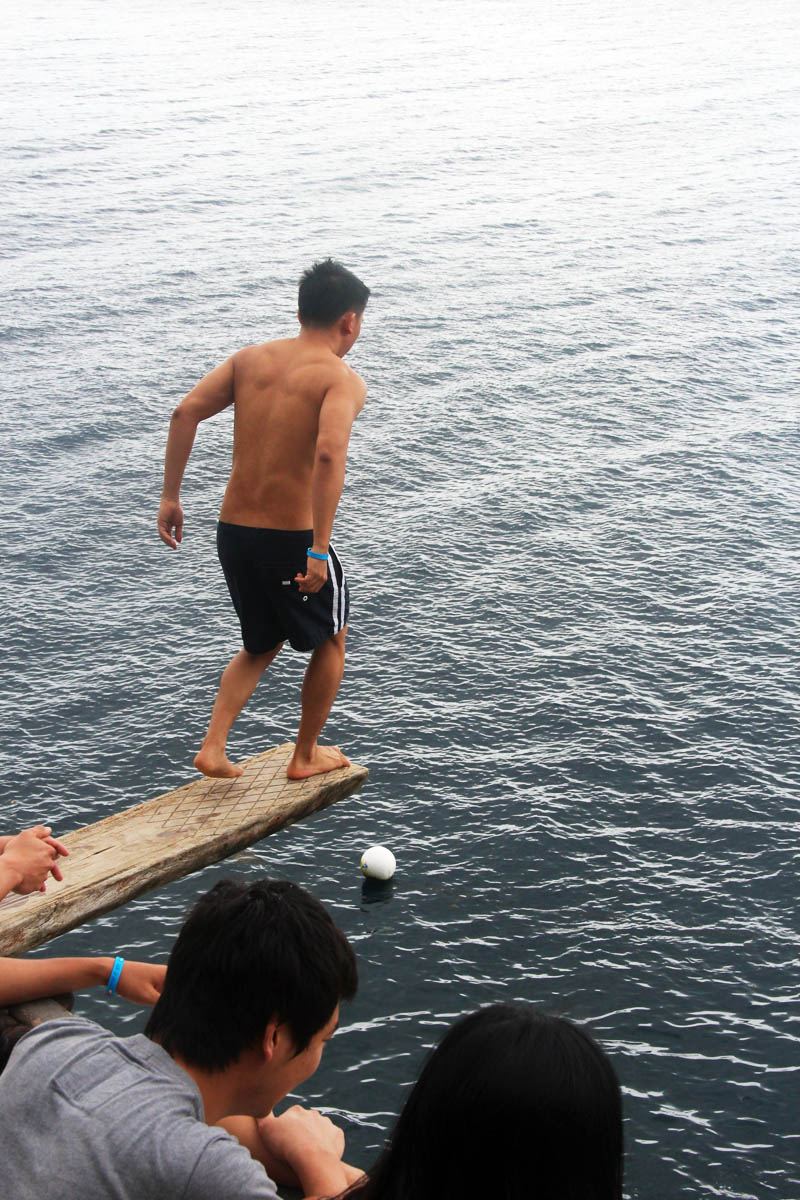 Today's an important milestone for BoardingGate101.com - the blog just turned one! Since starting as a photoblog and eventually morphing into a full-fledge travel blog, We've  made several thousand miles of trips to several cities - in the Philippines, Thailand and United States- since then.

The year has been an adrenaline rush. We've experienced new and exciting stuff, like flying in an ultralight aircraft, flying over St. Louis in a helicopter, seeing a parked Space Shuttle in an aircraft carrier, surfing and bumming around several beaches, riding an elephant, sampling authentic Thai cuisine in a food tour, flying over Siberia (again), experiencing wintry weather in Boston, jumping off a cliff and lived to tell the tale, going inside a nuclear cruise missile submarine, painting the town red in Boracay, climbing up the tallest building in the Western Hemisphere, seeing Lucy the T-Rex and the man-eating Tsavo Lions, getting awed by the thousands of mosaic art inside a basilica, visiting some more sights in our city, and trying a new extreme sports called fly boarding.

To recap the magnificent year, here are the highlights in pictures.

Even though we've been backpacking for several years now, I feel that I'm just starting. There are still many places on my bucket lists (and many that aren't but I'd probably discover along the way) that I plan to visit in the coming months and years.

Of course I'd like to thank our readers and followers of this blog. Your support, comments and suggestions mean a lot to us.

See you at the boarding gates!